Due to the Corona Virus we have had to transfer the final performances of our last play from the 2019-2020 season to the 2020-2021 season and postpone the regularly scheduled play. We will perform "Four Weddings and an Elvis" at some later date.

In this side-splitting comic romp about marriage, career-driven Suzannah Hayden needs a lot more help on the home front than she's getting from her husband, Gibby. Lately, nurturing his marriage of twenty-seven years hasn't been the highest priority for Gibby, but pretty soon he'll wish it had been!
Directed by: Jim Champion

As a Covid 19 precaution

Auditions are by appointment only 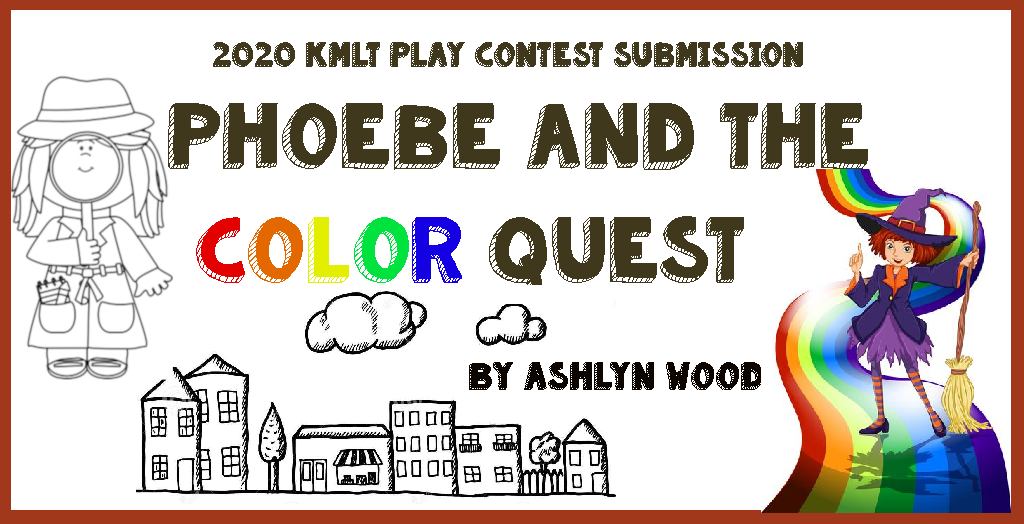 "Phoebe and the Color Quest"

Before spunky 11 year old Phoebe was born, the color within her village was taken away by the witch of rainbows, Irizelda. Her village is dark and gloomy. The townspeople in the village struggle to find hope and cheer. Irizelda claimed that the only way to restore the color to the village is by sending the purest of hearts to complete seven tests that correspond to the seven colors of the rainbow. Phoebe is chosen for this quest and she is aided by her grandfather's heirloom. In this heart-warming and fun play the colors are inspired by the seven deadly sins and show how we must overcome them in order to have hope and love shine through….and unlock our own rainbows!
One of KMLT's play contest entrants---Written and directed by Ashlyn Wood---Cast of 16 (some roles can be doubled)

"The Mysterious case of the Missing Ring"

The royal ring is missing, and the queen won’t sleep until the royal detectives (all 13 of them!) find it. You’ve never met a more eclectic and eccentric group As they scour the Queendom in search of the royal ring, the chatty maids follow the harried queen around while the devious butler spouts suspiciously evil laughs every time a clue goes awry. In this fast-paced, madcap mystery, you’ll find delightful comedy for all ages in every quirky character... and a surprise ending that rings true!
Directed By: TBA---Cast of 18 (5 males, 13 females)