Christmastime is here. Happiness and cheer. And for Peanuts fans everywhere, it just wouldn't be Christmas without this classic holiday delight. Christmas lights may be twinkling red and green, but Charlie Brown has the Yuletide blues. To get in the holiday spirit, he takes Lucy's advice and directs the Christmas play. And what's a Christmas play without a Christmas tree? But everyone makes fun of the short, spindly nevergreen Charlie Brown brings back - until the real meaning of Christmas works its magic once again.
Directed by Bridget Allen

One of KMLT's play contest entrants
This play follows two characters Ashley and Sara. Ashley is a Christmas tree who must learn her purpose. Many Christmas trees at the Cletus’ Christmas Tree Farm will help her understand. Sara is a girl learning to cope with her father being deployed on Christmas. This heartwarming, family friendly play shows the true meaning of Christmas and how even in difficult times, hope persists.
Written by Calib Wright and Katelyn Wright
Directed by Meredith Bridges

"Twenty Years at the Joy"

We are proud to celebrate 20 years of performances at the Joy Performance Center with live and video clips of some of our favorite moments with commentary from some of those actors who were involved with the performances. Lots of music and laughs and some moments of reflection. 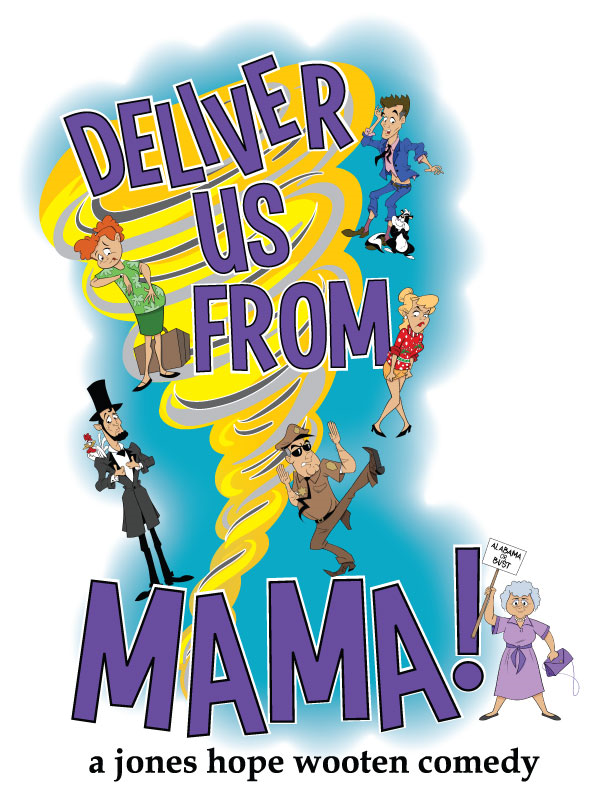 "'Deliver Us From Mama"

This side-splitting comic romp is about a somewhat dysfunctional family, a road trip from Los Angeles to Birmingham, Alabama, and a mother used to getting her way. Savannah and Walker are just about to get another big dose of Mama Norleen's determination when Walker's wife unexpedtedly goes into labor 2,000 miles away in Alabama.
Directed by: Amy Hardin

"Four Weddings and an Elvis"

Auditions: TBA
Performances:
May 13 & 14 @ 7:30 PM---May 15 @ 3:00 PM
May 20 & 21 @ 7:30 PM---May 22 @ 3:00 PM
Sandy, the four-times-married-three-times-divorced owner of a wedding chapel in Las Vegas, has certainly seen her fair share of matrimonies! In the hilarious Four Weddings and an Elvis, we witness four of her funniest: Bev and Stan, who are getting married--by the King himself--as revenge on their exes; Vanessa and Bryce, two arrogant aging stars who are tying the knot as a publicity ploy, and are vexed by an aging Elvis who doesn't know who they are; and Martin and Fiona, a gentle postal-worker and a tough ex-con trying to get married before the police arrive! However, the final wedding is the funniest all: Sandy’s fifth and final wedding which reveals a hilarious twist! Four Weddings and an Elvis is a comedic treat certain to please audiences!
Directed by Wendy Walega